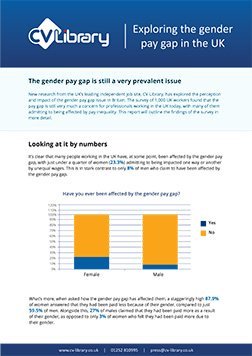 This survey of 1,000 UK workers by CV-Library found that the pay gap is still a concern for professionals working in the UK.