This year’s Computer Weekly and TechTarget IT Priorities survey has revealed that over half of IT decision makers at Middle East based organisations are planning on reducing how much they spend on IT staff, despite the growing importance of IT to business. While only 17% of the IT decision-makers surveyed expect overall IT budgets to be lower in 2017 than in 2016, a whopping 53% expect a drop in the amount of budget allocated to IT staff. This means CIOs will have to find ways to save money in certain areas so they can afford the new expertise they will inevitable need to support digital transformations. For example, also in this e-guide, read how the search for big data and security skills will be key challenges for CIOs across the world. And CIOs in the Middle East are expecting to integrate new digital technologies like these into the business. For example read how despite low crude oil prices, the Gulf region is set to spend big on new and existing IT projects to drive business innovation in 2017. Total ICT investment in the Middle East, Turkey and Africa (META) is forecast to reach $243bn in 2017, according to IDC. Saudi Arabia will lead the way investing an annual budget of $7.5bn in transformative technologies such as cloud, big data, social and mobility. Meanwhile the United Arab Emirates, which is already a leader in areas such as smart city developments, looks set to see organisations in the country increase adoption of other transformational IT. 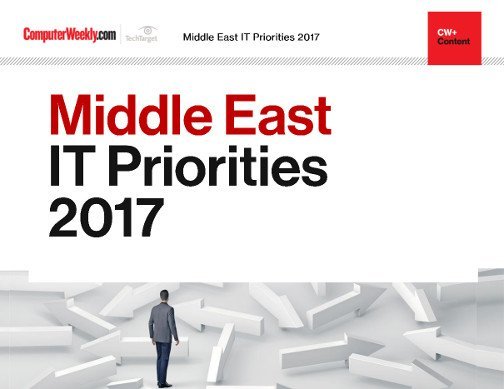