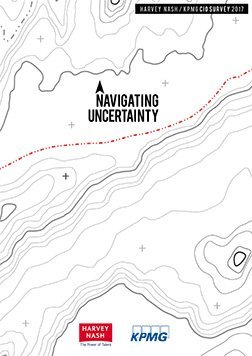 This extract from the Harvey Nash KPMG CIO survey 2017 shows how CIOs are managing change and prioritising innovation and digital technology in a time of increasing uncertainty.