Nick Clegg under the spotlight - 2010 Election in pictures 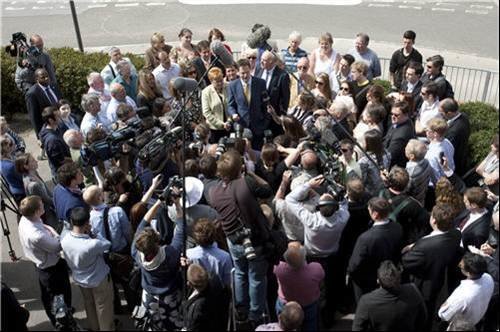 Nick Clegg under the spotlight - 2010 Election in pictures

Following the first Election Debate where Nick Clegg was the overwhelming winner, he faced intense scrutiny by the media.

The most high-profile example was the Daily Telegraph revealing that before becoming leader Clegg received money from donors paid directly into his personal bank account.

Clegg said that every penny was "properly given, properly received, properly declared, properly used to pay for part of the salary of a member of my staff". Even showing statements to prove his innocence.