Wimbledon generates a mountain of data and statistics 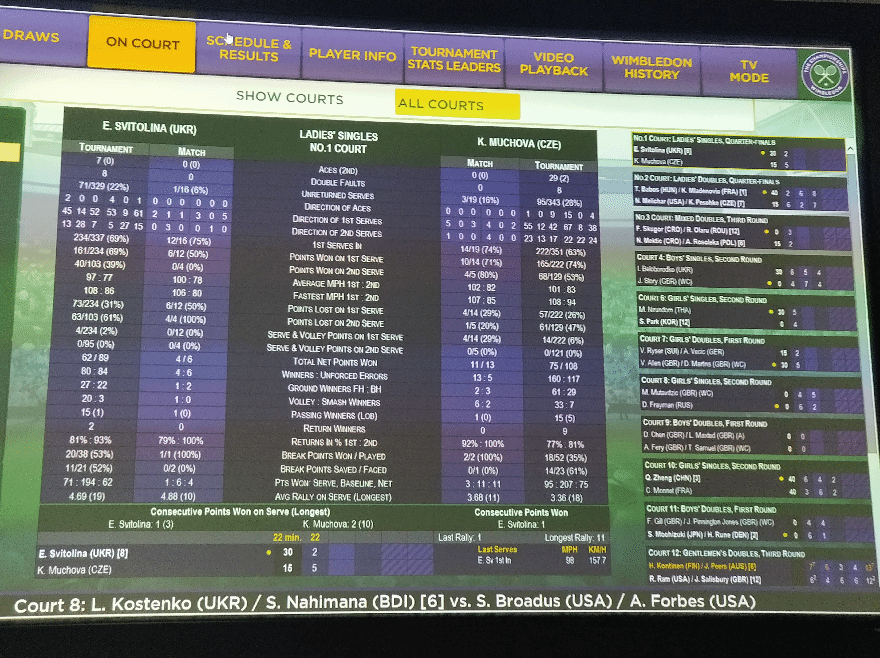 Behind the scenes at the Wimbledon tennis championships is an enormous data gathering exercise. A group of specially trained amateur tennis players sit court-side recording the details of every shot played and point won - some 4.5 million data points are recorded each year.

The technology for the tournament is supplied by IBM, which has tried using artificial intelligence to capture the detailed data but found that it requires the specialist knowledge of experienced tennis players to interpret the action.

All the data is made available live to broadcasters and the media, as well as the Wimbledon.com website, app and social media channels. At the end of every match, each player is sent a personalised package of data analytics and video, to help review their performance and analyse where the match was won or lost.