Running Wimbledon technology in the cloud 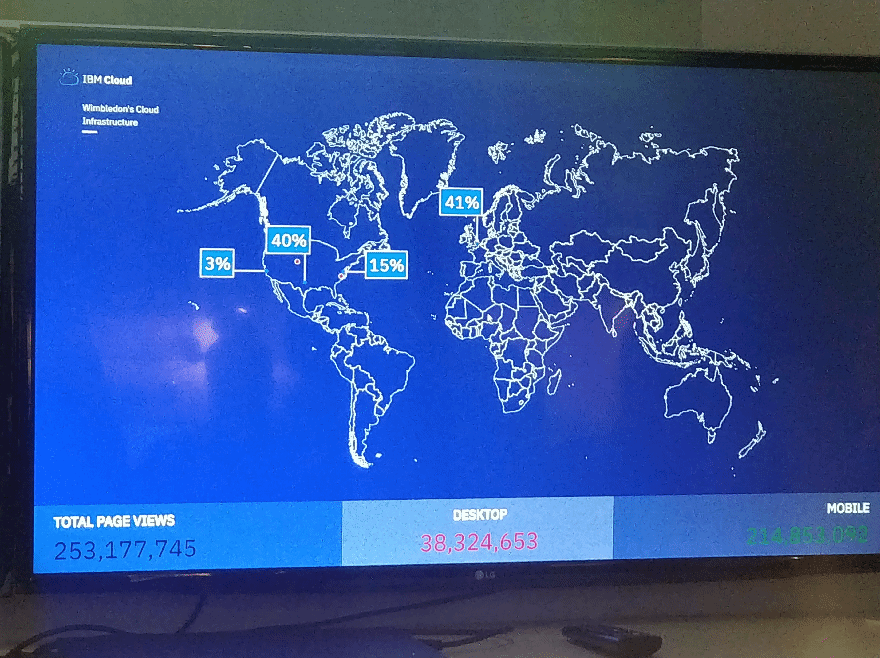 All the Wimbledon IT infrastructure, as well as the tournament website, runs in the IBM cloud, load shifting the work between cloud datacentres in the UK and the US. For two weeks of the year, tennis fans around the world visit Wimbledon.com, with the site traffic scaling up as much as 55,000% compared to the rest of the year when there's no tennis action to follow.

When Computer Weekly went behind the scenes in the IBM "bunker" that monitors the Wimbledon technology infrastructure, it was the second Tuesday of the tournament and already the website had seen over 253 million page views during the championships.

IBM also looks after cyber security for Wimbledon - during the 2018 championships the supplier detected and blocked over 200 million suspicious security events. IBM has over 200 people supporting the Wimbledon IT operation.