How a computer decides whether the tennis action is exciting 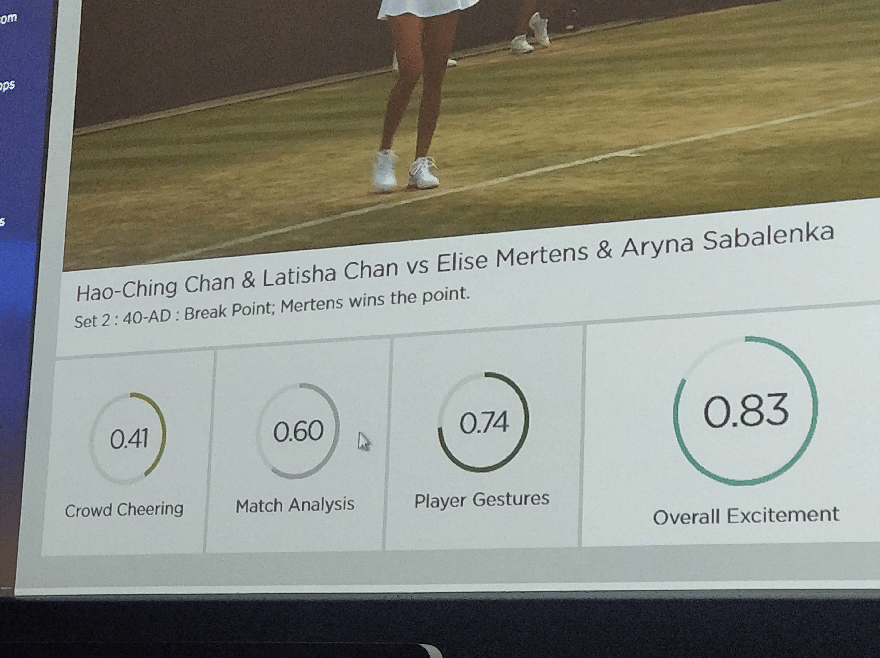 Using AI to create video highlights for each match isn't foolproof - sometimes, the partisan Centre Court crowd might be cheering on a plucky British player even though he or she is being trounced by Roger Federer or Serena Williams. A new innovation for 2019 saw IBM's Watson system taught to better recognise acoustics and understand inadvertent bias.

Sound analysis means Watson can recognise the moment a ball has been struck, allowing a tighter cropping of highlight clips, thereby saving vital time and maximising every second of footage.

IBM has also developed a tool called Watson Open Scale, which is designed to detect and mitigate against AI bias based on certain protected attributes. So, for example, the system can now recognise levels of noise and how excited players are during the match, allowing it to remove bias when searching for highlights from players with a particularly vocal following or those who are particularly animated on court.

For every point, Watson assesses the "overall excitement" on a scale of zero to one, and identifies the action that would, therefore, make for the best clip to show on the app or social media.