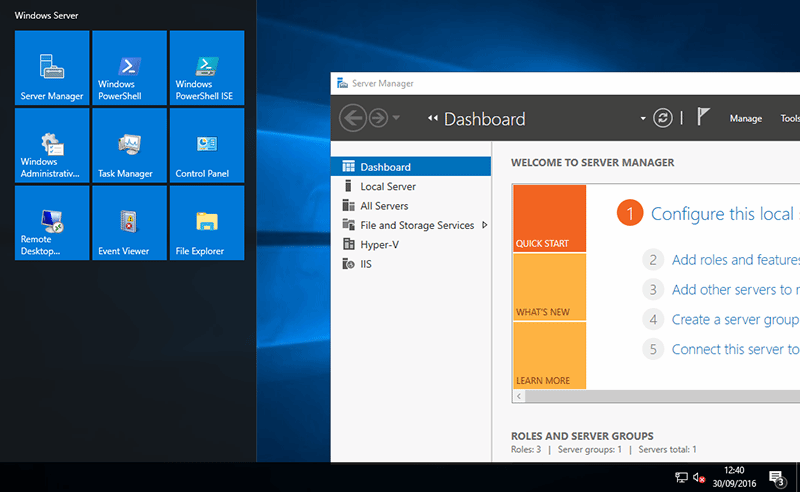 The role of a server operating system is shifting, influenced by cloud computing (whether public or private) and virtualisation. A server is more often a virtual machine (VM) that can be created in minutes and replaced rather than repaired if it fails, than the carefully configured multi-purpose box that was once common. Windows Server 2016 is a major release, with more changes than in Windows Server 2012 R2 back in 2013. It is designed to address the themes at top of mind in today’s IT landscape: security, automation, virtualisation, software-defined networking and software-defined storage.