The unacceptable face of the mobile industry? 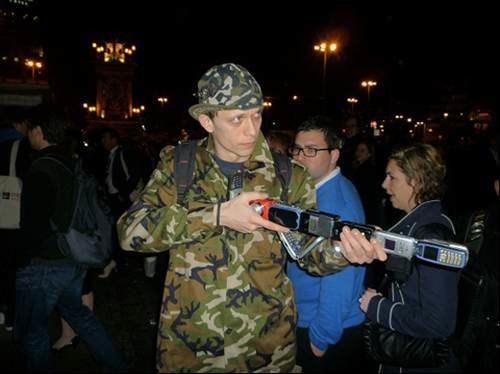 The unacceptable face of the mobile industry?

A combat clad eco-warrior made his silent but arresting protest outside the exhibition halls with a model assault rifle made out of old handsets. Not everyone is happy about the mobile industry's green credentials. Despite this protestor's statement, mobile trade association GMSA insists that they have more than halved overall waste produced at Mobile World Congress in two years. It said Griño, the official waste management company at Fira de Barcelona recycled about 80% of the overall waste produced in 2010 into solid recovered fuel (SRF) used to produce electricity.

More than 1,300 companies attracted in excess of 50,000 delegates from 200 countries to Mobile World Congress in Barcelona this week.