Jonathan Ross at the podium 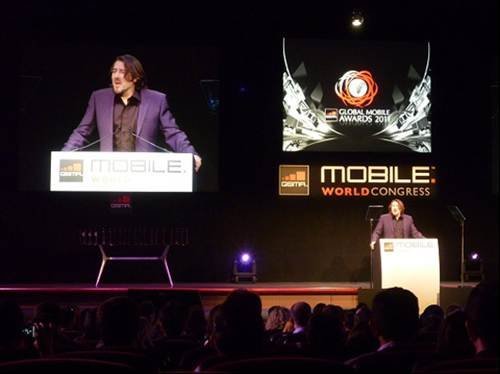 Jonathan Ross at the podium

The former chat show host presented the GSMA's Global Mobile awards for 2011. Ross was good value, even if he did have to explain who he was to the local Catalan and other international press. He noted for British attendees that if the answerphone had never been invented, he might still have his job at the BBC.

More than 1,300 companies attracted in excess of 50,000 delegates from 200 countries to Mobile World Congress in Barcelona this week.