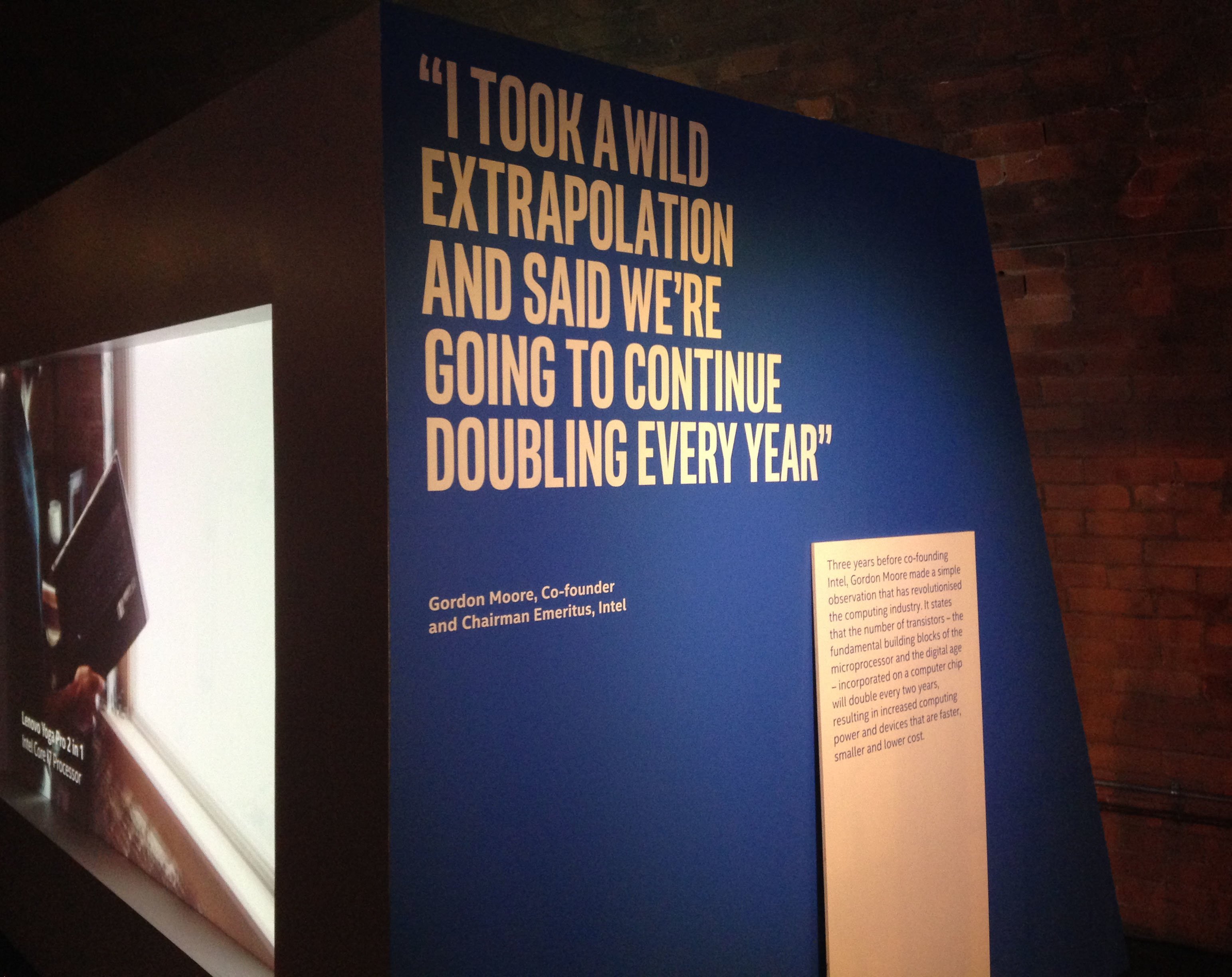 “The number of transistors incorporated in a chip will approximately double every 24 months,” was the prediction by businessman Gordon Moore in 1965.

To celebrate the 50th anniversary of the creation of Moore’s law by its co-founder, Intel showcased a number of technologies in various states, from current technology to demos and research.

Although when Moore made his prediction computers were the size of rooms, effectively everyone now has a computer in their pocket – the smartphone – which most people have across the world.

According to Intel this prediction was responsible for rapid innovation in the technology space, and Moore’s predictions have been carried out by Intel across of each of its developments over the years.