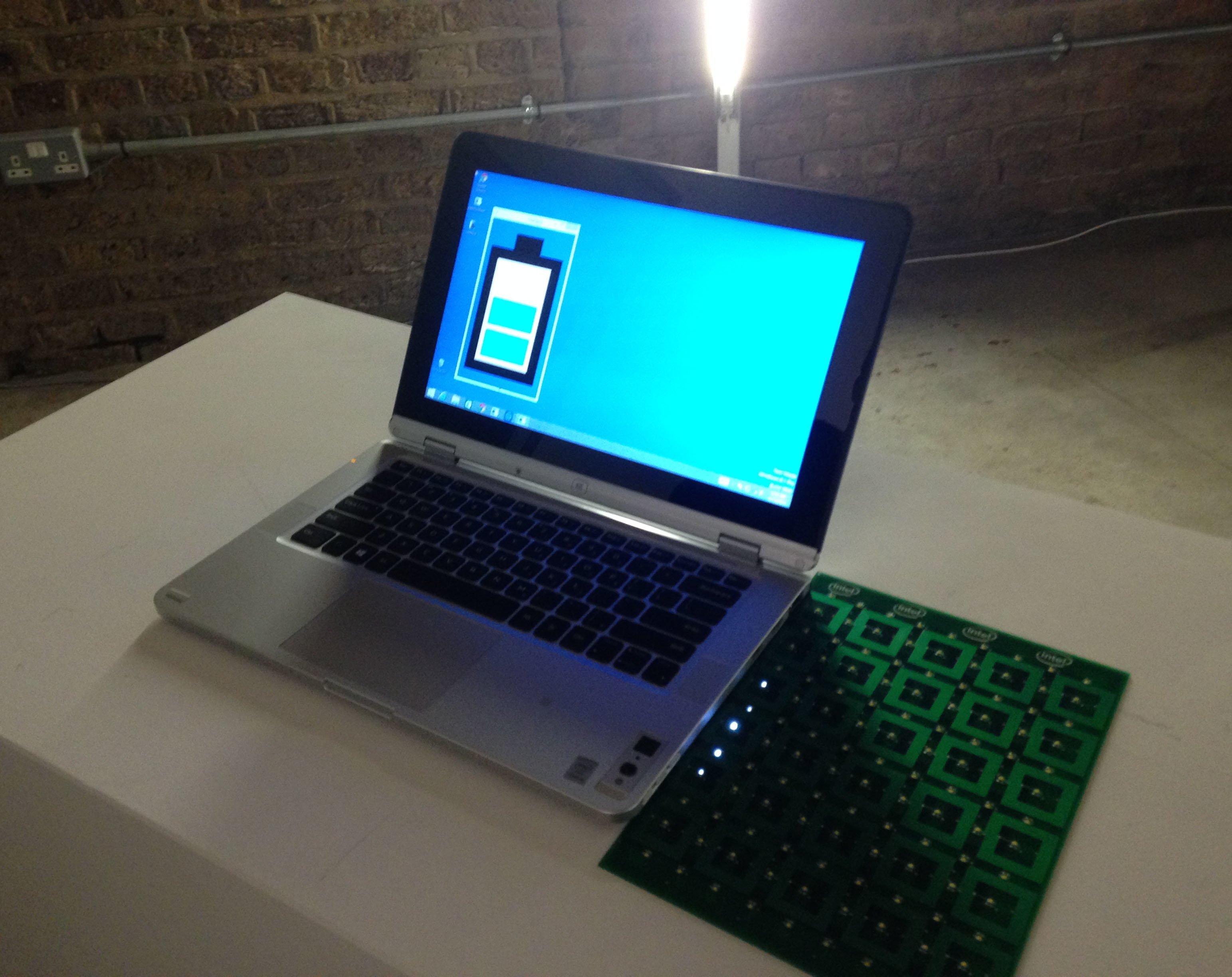 We dream of the day we don’t have to carry a multitude of cables around with us to prevent our laptops, phones and other personal devices from running out of battery mid-use.

Intel was displaying a wireless charging module plugged in and incorporated into a table, so whenever someone places a device on the surface, whether it’s a laptop or a phone, it will charge automatically.

The technology is still being developed and tested, and each module shares charge between devices placed on a table, so multiple things can be charged at once.

There was the suggestion that Intel would partner with various furniture manufacturers to incorporate this technology into tables and desks.

The current prototype still has a few bugs, and if fully placed above the wireless charging module it interfered with the laptop’s touchpad function – all kinks that will be ironed out in the future.

Even smaller thinner laptops have large batteries – sometimes the heaviest thing in the machine – so with the capability to charge anywhere it is set down, eventually batteries can be made smaller and machines more convenient.