The world’s largest chipmaker Intel appears to be making good on its promise to diversify its workforce. 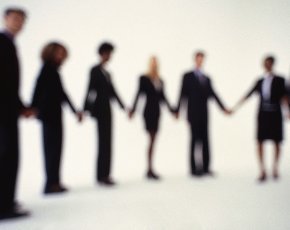 Back in January, CEO Brian Krzanich announced that the company would invest $300 million to ensure that by 2020, its workforce would be more representative of the US population.

Speaking at a PUSH 2020 event last week, Krzanich said that so far this year, 41% of new hires were either women or minorities, up from 32% the year before.

The event, organised by civil rights activist Rev. Jesse Jackson, was a call for the technology industry to make workforce diversity as high a priority as product innovation.

The chipmaker said it was studying changes to its workforce on a weekly basis in order to better understand the diversity problems it faces.

"I am not going to fool you. This is hard work," Krzanich said. "This isn't rocket science. It's harder."

The progressive commander in chief also pledged $5m over the next five years for a high-school programme in the Oakland, Calif. Unified School District, which is made up of 65% black and Hispanic students.

Students who graduate from the computer science programme will be guaranteed a job at Intel.