[email protected] - What was happening in September 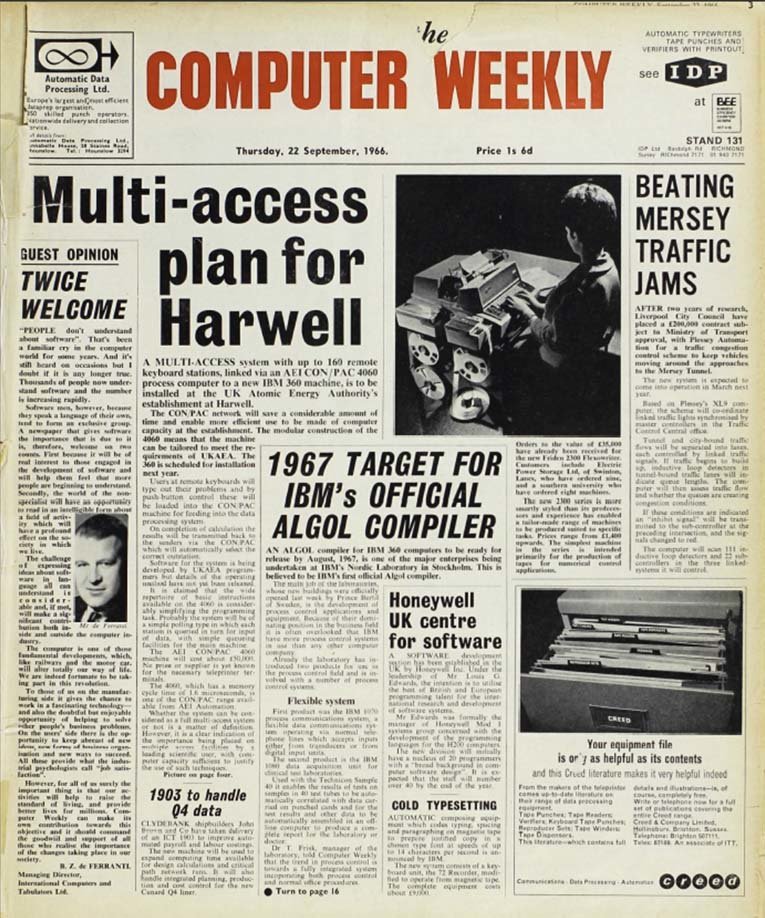 The National Museum of Computing has again been looking into Computer Weekly’s 50 years of magazine issues for another selection of articles highlighting significant articles published in the month of September over the last few decades.

This month we feature our very first issue, published on September 22, 1966. There is also an article by one of the early British IT firms, Elliott – Automation, on computer-based typesetting and look at the introduction of TV data services.

“People don’t understand about software”. That’s been a  familiar cry in the computer world for some years. And it’s still heard on occasions but I doubt if it is any longer true, wrote Basil de Ferranti, managing director of International Computers and Tabulators, in the very first issue of Computer Weekly, September 22, 1966.