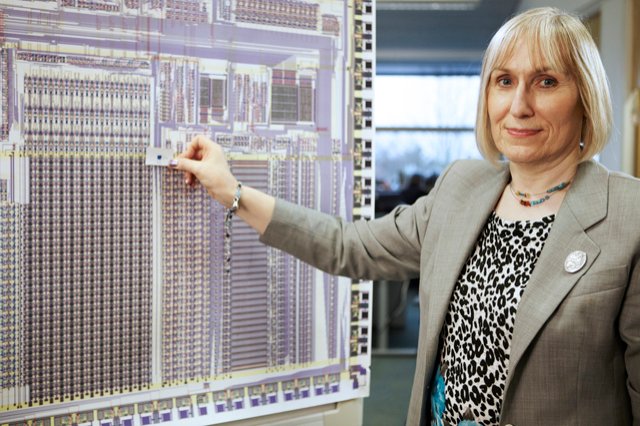 A British computer scientist, Sophie Wilson was the designer of the Acorn Micro-computer and creator of the programming architecture for the original ARM chip.

In the 80s, Wilson worked on developing the programming language for the Acorn System 1, an 8-bit microcomputer designed for users to build themselves at home.

Wilson’s work at Acorn went on to secure the firm a contract with the BBC to create BBC Basic, the programming language of the BBC Micro, a home computer developed as part of the BBC’s computer literacy project in the 1980s.

Wilson transitioned from male to female in 1994, and went on to work at semiconductor manufacturer Broadcom whose system chip was one of the main components of the Raspberry Pi computer.