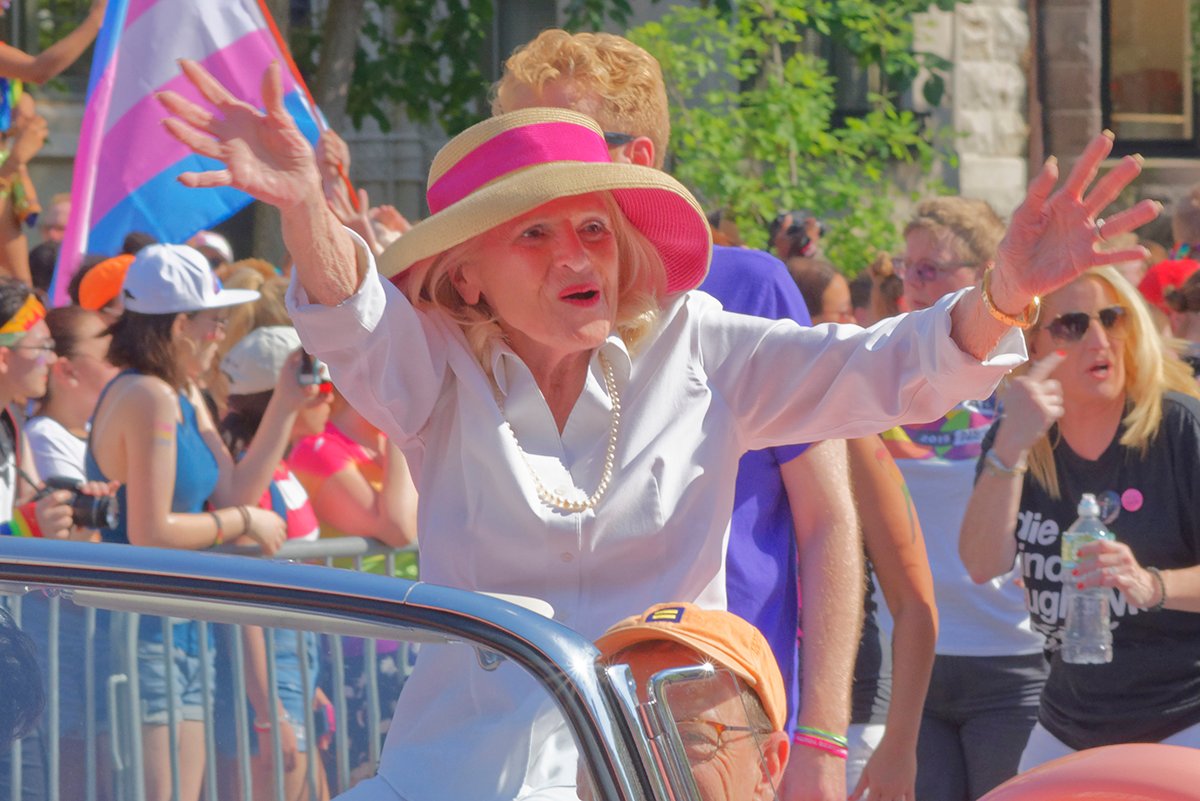 The late Edith Windsor was not only a highflyer in the technology sector, but was also an LGBTQIA+ activist, volunteering for several LGBTQ+ organisations.

Windsor worked for IBM for around 16 years, holding several roles in software engineering at the firm including as a mainframe programmer and a senior systems programmer.

Surprisingly, Windsor claimed at a 2016 Lesbians Who Tech (LWT) Summit that there were other women around her at IBM at the time, stating that around a third of her colleagues who were programmers were also women.

For many her work as a technologist comes second to her work for gay rights – when her wife died in 2009 Windsor discovered the US law did not recognise same-sex couples as “spouses” and she would therefore have to pay taxes to inherit her late wife’s estate.

A court case later ruled in Windsor’s favour, and led the way for other court rulings granting more equality for same-sex couples.