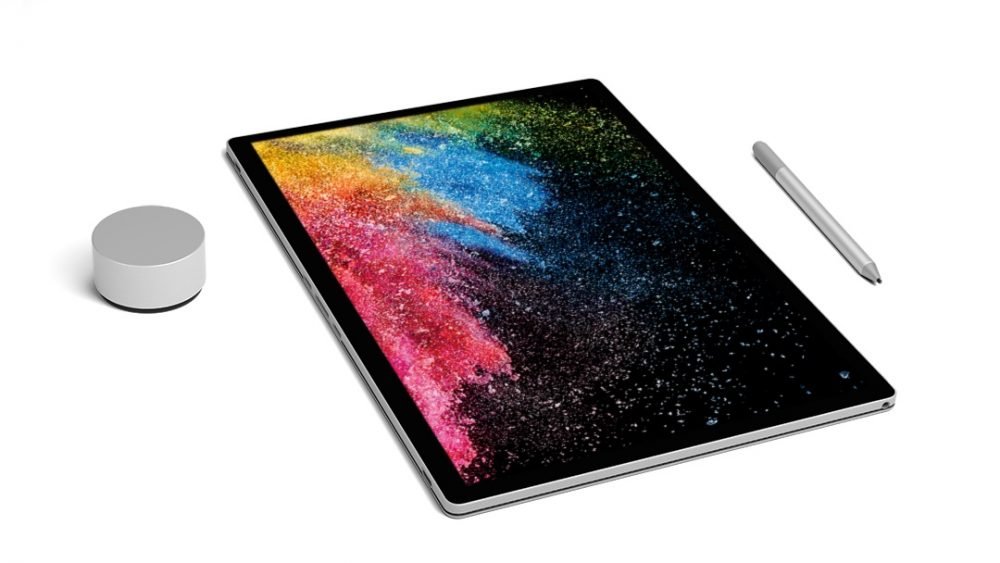 Microsoft began making its own PCs five years ago to showcase its Windows operating system and Office 365 productivity suite. Given that it now updates its flagship desktop operating system regularly, the devices are integral to showcasing the newest features in Windows. With the Creator update, it has now partnered with a number of design and modelling tool companies to offer designers CAD engineers powerful desktop and convertible tablet-style machines, with enough horsepower to run packages like AutoCAD, Siemens NX and Adobe Creative Cloud.

In an attempt to refine the user desktop experience, Microsoft has also introduced a bluetooth device called the Surface Dial (shown on the left of the Surface Book 2 in the photograph), which works with a touchscreen and stylus. The idea is that a designer or artist could use one hand to draw with the stylus, while using the other hand to select tools and options in a Dial-enabled software package.