The IBM bunker at Wimbledon 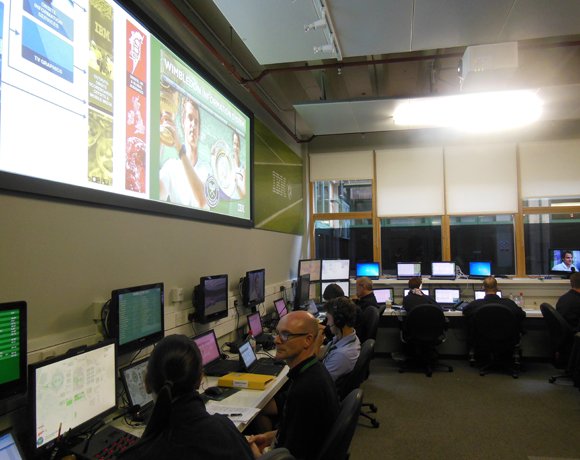 The first of IBM’s two suites of computers is dedicated for data entry, while the second is for managing the digital environment using the data captured.

Wimbledon has chosen IBM as its technology partner for 25 years, and one of the first technologies introduced was the speed of serve data point. IBM uses radar guns – similar to devices used by police to measure how fast cars are driving. The radar gun captures the ball as it leaves the racquet head and in real time provides the speed to spectators.