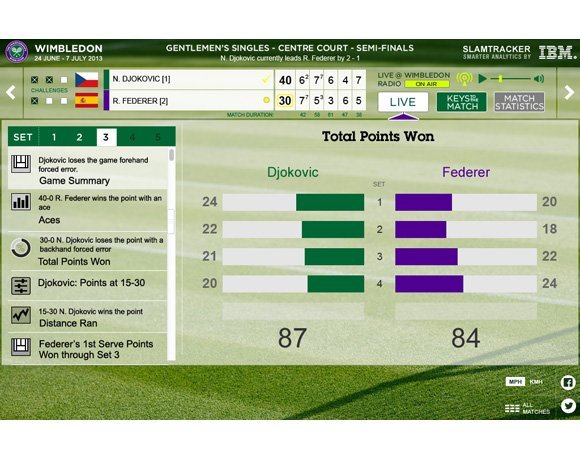 IBM’s SlamTracker analysis takes the score of a player and dives in deeper into a particular match using statistical analysis and predictive analytics software.

While it doesn’t predict winners of the tournament, IBM has analysed 41 million data points from eight years of Grand Slam data, and it shows the key three things players need to do to win.

IBM has extended SlamTracker to rugby, in the work it has done with the Rugby Football Union. There, the supplier’s predictive analytics team has been mining data from rugby matches to see if it can devise a formula that enables it to forecast the outcome of a game.

Matin Jouzdani, head of sports analytics, IBM, said that “real time insight from huge amounts of data” is what SlamTracker instantiates. Although there is no directly similar IBM product available for business, the same principle applies in corporate IT, he said.