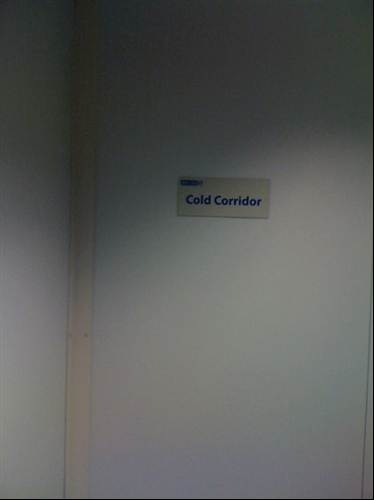 Natural air cooling is used to keep the server rooms at the right temperature.