Beckham waves back to a fan half the world away 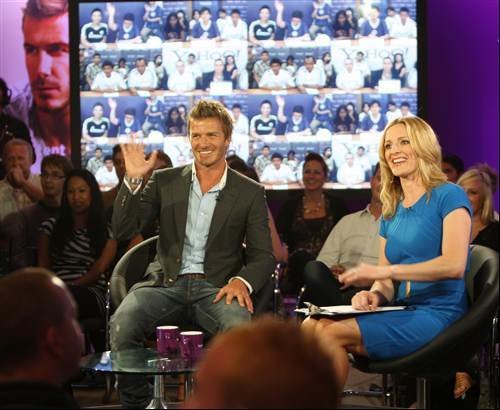 Beckham waves back to a fan half the world away

England footballing superstar David Beckham teamed up with Yahoo to talk to fans around the world using telepresence technology at Cisco's London office. Telepresence is being increasingly used by businesses as a way to cut travel costs and improve their environmental credentials. Telepresence extends the concept of videoconferencing by using purpose-built suites with high-definition video to simulate the experience of having a meeting with people as if they are in the same room.