SAP is number one, but there are plenty of other players 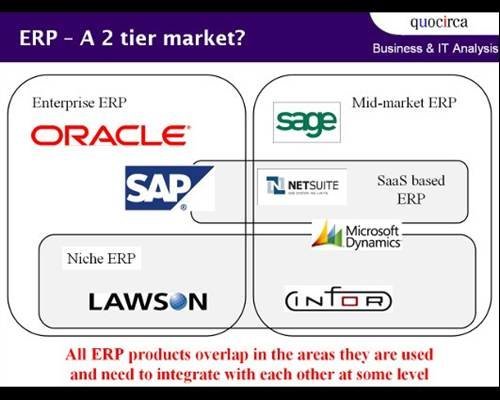 SAP is number one, but there are plenty of other players

Tier-two ERP is making a muddle of market share figures because many product usage surveys only ask questions such as “what is the main ERP product you use?”, or they only interview representatives from the finance department who forget about products used by other departments. In fact, the mid-market vendors see the two-tier market as a significant opportunity for increasing their market share. Microsoft has a page dedicated to tier two on the Microsoft Dynamics area of it website. It provides a number of case studies, including the German company Wurth, which uses Microsoft Dynamics’ Navision in branches while maintaining SAP at its HQ.