Controllers work on the new equipment 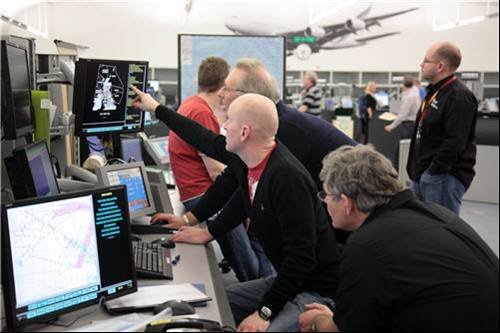 Controllers work on the new equipment

Emergencies: Air traffic controllers play a role in dealing with national and international emergencies, and must be ready to act if something big happens.

When the terrorist attacks happened in New York in 2001, the US closed its airspace and UK air controllers were left with half an Atlantic full of planes, around 200 in total.

The aircraft had to take care of themselves as they each turned around with about 60 miles between them, and returned to the UK.

“Extra staff came in to help without being asked, because they knew things were going to get interesting,” said Astill. But the process got easier as other outgoing flights were cancelled, freeing up space.