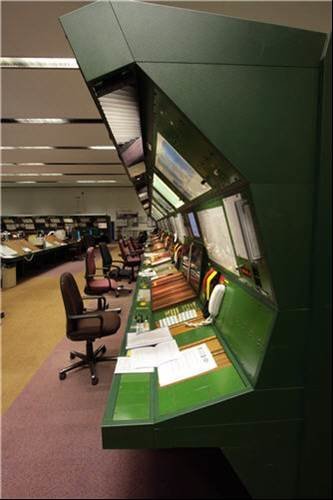 The basic process of finding the best route and landing safely would be simple if it wasn’t for the thousands of flights dodging each other every day. The role technology plays in this process is still, perhaps surprisingly, fairly minimal. The equipment looks impressive, and no flights would take off without being able to communicate with controllers, but the crux of the system still comes down to human decision making.

Jonathan Astill, head of operations at NATS’ Preswick control centre, said “The technology is about providing information. At the moment, none of the decisions or actions that are necessary to keep aircraft apart are taken by automated systems. The controller makes the decisions based on the information provided by the IT. That will remain the same for quite some time yet.”

Even if the right sort of IT existed, technology goes wrong – a human would still be needed to watch the systems, correcting them when their automated decisions aren’t the right ones. The problem with tha