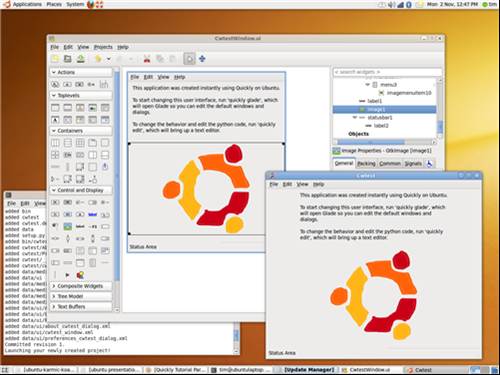 One thing that has kept Windows ahead is the ease of creating quick applications, using tools such as Visual Basic and Visual Studio. Although Ubuntu has not caught up, it has made progress towards easing the job of application development, which is critical to its long-term success. One option is Mono, the open source implementation of Microsoft .NET, which has its own IDE called MonoDevelop. Another tool, new in this version of Ubuntu, is called Quickly.

A single command creates a skeleton desktop application driven by Python, which you can then edit using both graphical and code-based tools. The result is a tool that is easier and more approachable than the traditional Linux technique, C or C++.