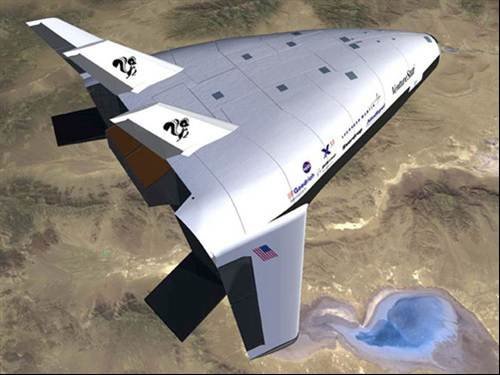 The X-33 was a NASA-Lockheed Martin suborbital technology demonstrator for a reusable rocket that would reach orbit without using multiple stages or dropping fuel tanks. It was intended to be followed by a commercial "single-stage-to-orbit" (SSTO) vehicle, VentureStar. But the X-33 was cancelled due to slipping schedules and performance, rising costs that Lockheed Martin was unwilling to absorb, and a major failure during a test of its composite-material tanks. There was no replacement; NASA has taken the failure of the X-33 as proof that SSTO is not a credible concept. (Illustration: NASA-MSFC)