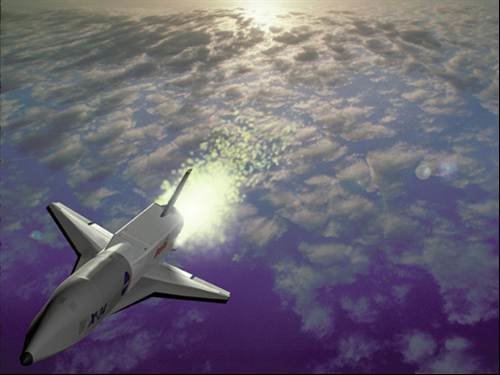 The X-34 was originally a joint project between NASA and the aerospace firms Orbital Sciences and Rockwell. It was designed as a two-stage launcher for small satellites, with the first stage being reusable. Orbital and Rockwell withdrew less than a year after the contract was signed, because they decided the project could not be done for the promised amount. (A major disagreement between Rockwell and NASA over engine choice likely contributed to the decision.) The X-34 was reborn as a programme for a suborbital reusable-rocket technology demonstrator (illustrated). But when the first flight vehicle was near completion, the programme died after NASA demanded sizable design changes without providing any new funding, and the contractor, Orbital Sciences, refused. (Illustration: NASA-MSFC)