Relive the excitement of the ZX81 - National Museum of Computing 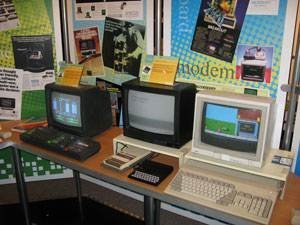 Relive the excitement of the ZX81 - National Museum of Computing

From left, an Amstrad CPC 464, a Sinclair ZX-81 with cassette drive, and a Commodore Amiga, which is still a firm favourite among musicians for the sound synthetics it produced.