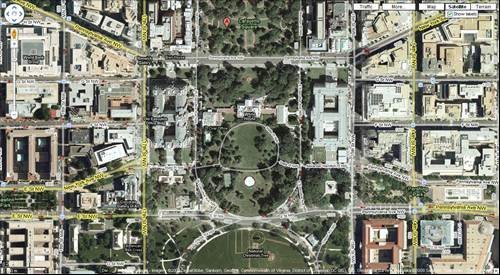 The White House is the official residence and principal workplace of the President of the United States. Located at 1600 Pennsylvania Avenue NW in Washington, D.C., it was built between 1792 and 1800 of white-painted Aquia sandstone in the late Georgian style and has been the executive residence of every U.S. President since John Adams. When Thomas Jefferson moved into the home in 1801, he (with architect Benjamin Henry Latrobe) expanded the building outward, creating two colonnades which were meant to conceal stables and storage.

I dreamt about area51 a few times, whilst staying in South Africa