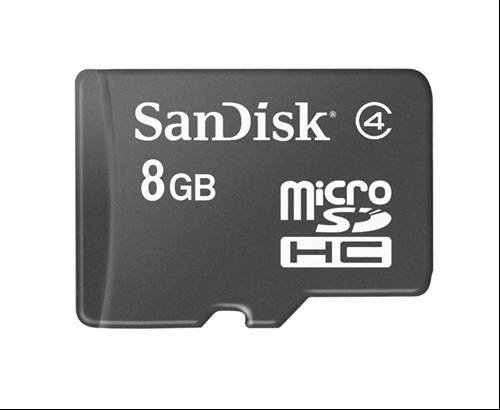 SanDisk microSDHC 8GB – Price £8.69 Memory isn’t what it used to be – it’s better. The latest microSDHC chips are smaller than a fingernail and can hold up to 16GB of storage. The mysteries of memory dictate that where the 8GB card costs £13 or so, the 16GB weighs in at over £40. No doubt this will change. The good thing about microSD cards is that they fit most phones but can also be fitted into a cheap USB converter for easy and often quicker transfers to a laptop. You’re not going to make a Blackberry Curve into an iPhone but the price differential now makes an argument for lowering your sights a little. http://www.amazon.co.uk