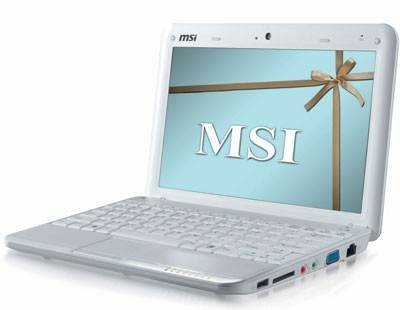 MSI Wind 100 Netbook – Price £250 -£300 Basing this model on the Intel Atom N270 1.6GHz processor has allowed MSI to boast of battery life times of up to eight hours. Using the ComputerWeekly all-purpose constant, this probably equates to four hours, nonetheless impressive. It’s Windows-driven but the good news is that it’s XP not Vista and there are Linux versions that will save on memory. Disk storage between 80GB and 250GB is available. Onboard memory of 1GB makes it hard to distinguish from conventional laptops except that it is barely larger than its 10in (250mm) screen and only weighs 1kg. But lets not talk about the Wind 100 when there’s a fresher Wind breaking in January, the 120 with 10hrs of battery life. http://www.miscomputer.co.uk