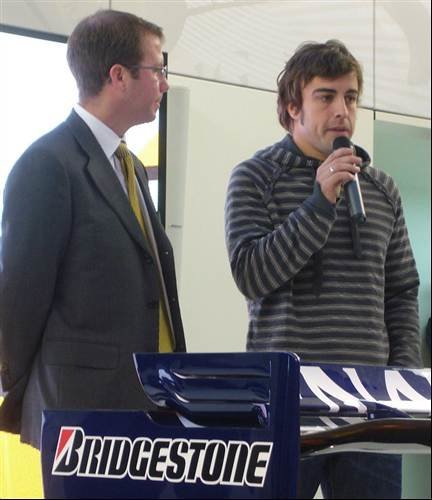 Renault's Fernando Alonso get to grips with Renault's new supercomputer, which it believes can help it get a critical advantage in car design for 2009.