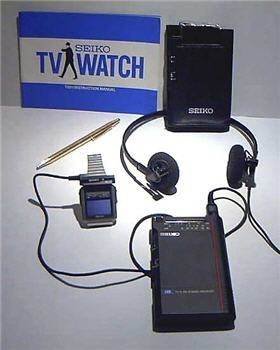 Watches have always been a popular weapon housing for Bond. If he reaches for his watch it’s always indicating Seconds Out, Round One of a wild escapade. Roger Moore starts Octopussy with a direction-finding Seiko G757-5020 but ends using a Seiko wristwatch with a video display. Over the years there have been several attempts to produce TV watch but most have been ugly, cumbersome and disappointing efforts. This may be changing with Amazon selling NHJ TV watches from 2004 on its US site for $49.97 (£32). Screen technology and miniaturisation has improved over the last four years and the popularity of iPods and other video playing gadgets may spawn fresh attempts to produce a watch. Being called out during Match of the Day may not be such a chore in the future.