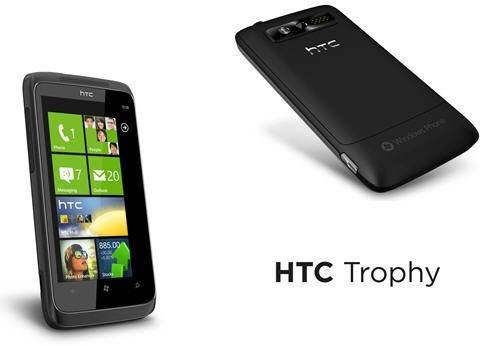 The HTC 7 Trophy has been designed as the ultimate mobile entertainment device, taking full advantage of the Zune and Xbox LIVE integration of Windows Phone 7. It also has a five megapixel camera with autofocus and LED flash and high-definition 720p video.

The HTC 7 Trophy will be available exclusively through Vodafone in Australia, Germany, Spain and the United Kingdom from October 2010.