Datacentres in a box 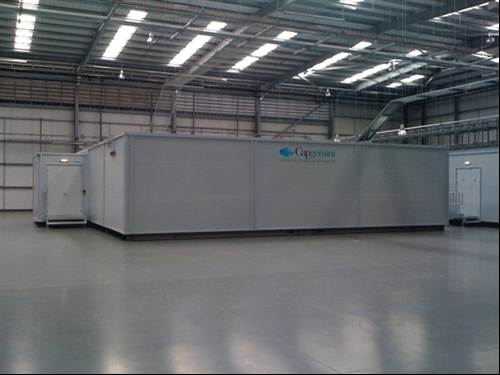 Datacentres in a box

Each mini datacentre has six modules containing server racks. They can be transported by truck if for example the customer wanted to move them to another site.