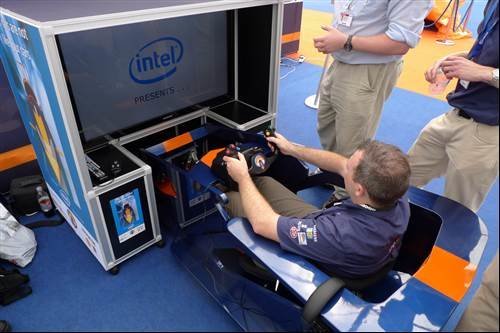 Also making its début at the Farnborough air show was the Bloodhound Driving Experience. The prototype cockpit offers test drivers the opportunity to get behind the wheel of the jet and rocket powered car and experience motoring at 15 times the national speed limit as they aim to set a new World Land Speed record.