Ensure the SSD drive is the first hard disk to boot 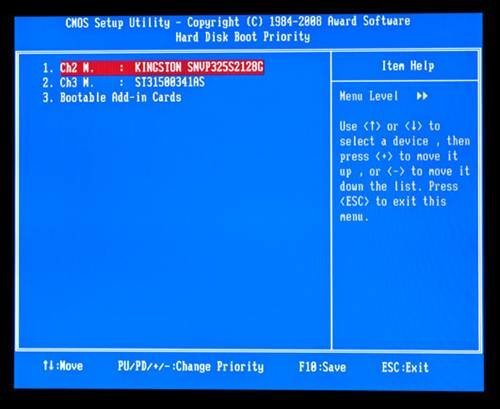 Ensure the SSD drive is the first hard disk to boot

As you can see from the screenshot of the Award Bios setup screen on my Gigabyte motherboard, there are a couple of options which let me order the hard disks so that the SSDNow drive boots first.