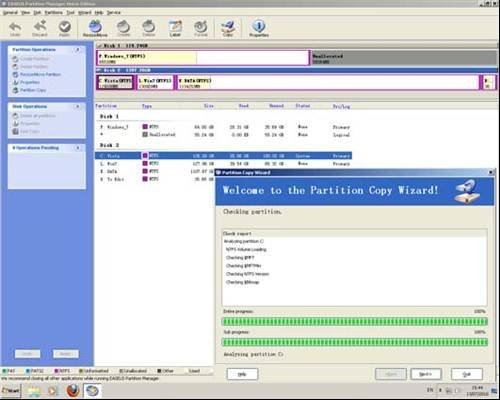 While Kingston Technology recommends using Acronis and the 2.5 inch disk enclosure, I decided to install the SSDNow drive in a free 3.5 inch drive bay. I needed to attach the 2.5 inch to 3.5 inch brackets, which was a bit fiddly. Once the Sata II cable and power were connected to the SSDNow drive and the PC case closed my Bios was able to detect the new drive. I then started Windows as normal and fired up Easus Partition Manager.