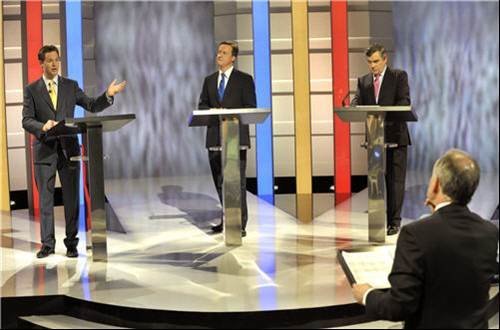 Broadcast live from 8.30pm on ITV from the station’s Manchester studios and fiercely moderated by anchorman Alastair Stewart, all three were given the chance to make a short opening speech before individually answering questions put to them by members of the studio audience.

The topics put forward for debate included immigration, crime, education, the NHS, the armed forces, the economy and reforming parliament.

Most viewers and the media felt that Nick Clegg came out on top.