Visual Studio allows you to build for Azure cloud 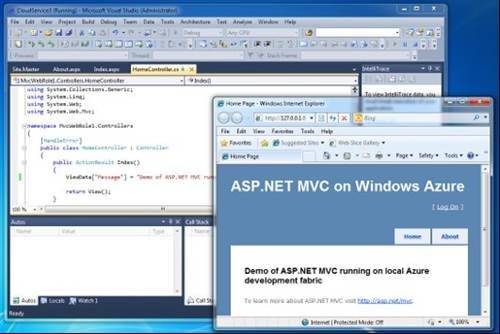 Visual Studio allows you to build for Azure cloud

Visual Studio 2010 supports many of the new features in Microsoft’s platform. A lot has happened since the release of Visual Studio 2008, including Windows 7, cloud computing with Windows Azure, several versions of the cross-platform Silverlight browser plug-in, and a new framework for web development called ASP.net MVC (model view controller). Although Microsoft created add-ons for Visual Studio 2008 to support these features, there were compromises that made development harder. An example is that Silverlight had no visual designer, even though it uses the same XAML language as WPF for layout. Visual Studio 2010 now provides this.