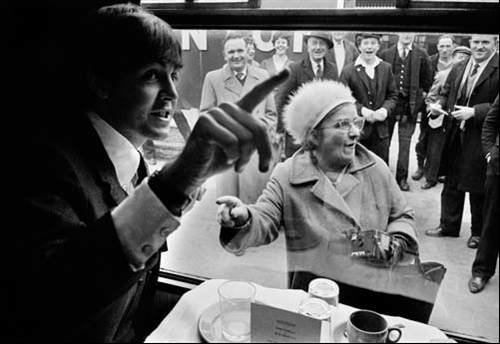 David Hurn shot this image on a moving train in London, which shows a fan recognising Paul McCartney during the filming of "A Hard Day's Night" in 1964. Magnum was founded in 1947 by photographers Robert Capa, David Seymour, George Rodger and Henri Cartier-Bresson. Magnum was set up as a cooperative, owned by the members. The sale of the archive to Michael Dell was set up by Magnum director Mark Lubell to raise capital as part of plans to modernise the agency.

Michael Dell, chief of computer firm Dell, has acquired the print archive of Magnum Photos, widely considered to be the world's most valuable photographic collection.