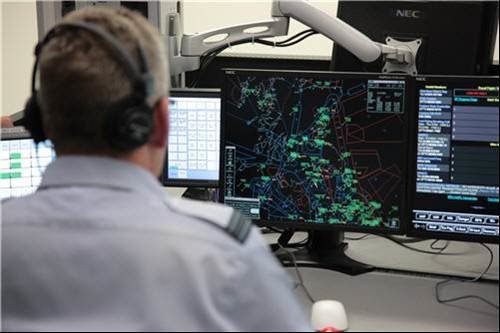 Tracking flights: Radar will track a flight until it’s 160-180 miles away from the control tower. After that, flights are not tracked as they cross the Atlantic.

Pilots have always kept track of where they are using in-flight navigational systems that work out how far they’ve come since they left the ground. The lack of radar is one reason why communication is important.

Technology enabling aircraft to be tracked by satellite exists, but hasn’t been rolled out on a large scale.

Planes do use satellite technology to decipher their own position, along with navigational systems and radar when they’re passing a beacon. But air traffic control doesn’t have the IT to track them, relying on pilots to communicate their whereabouts if it differs from the flight plan.

Few aircraft are equipped with the technology controllers would need to track them, so the incentive to invest in new IT won’t be there unless airlines also upgrade their systems.