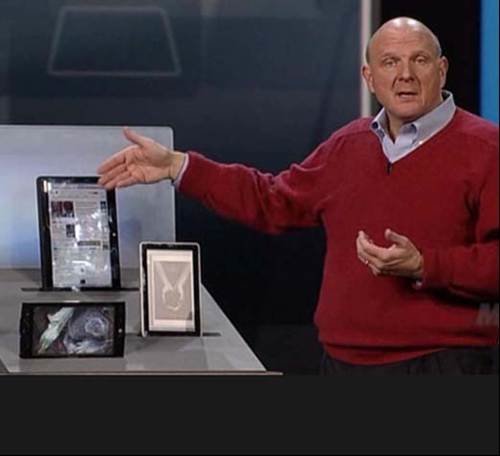 During his keynote at the Consumer Electronics Show in Las Vegas, Microsoft chairman Steve Ballmer unveiled the Microsoft Slate with three devices, including an HP Slate.

The original Tablet PC devices were based on  laptops without the keyboard – giving users all the worst elements of portable PC technology, plus no touch typing. Now there is a new version called the Slate, unveiled at this year's Consumer Electronics Show in Las Vegas.