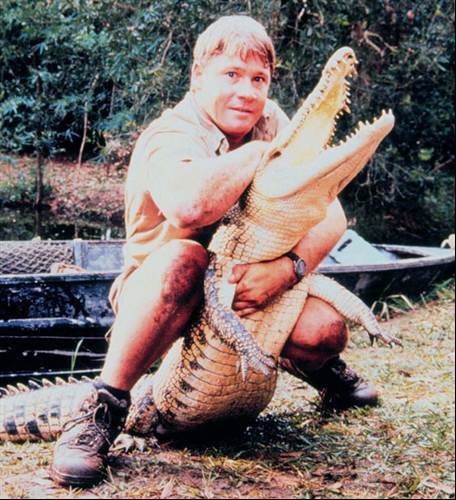 Steve Irwin was an Australian TV star who was nicknamed the Crocodile Hunter. He was a wildlife expert and conservationist who died in 2006 when a stingray barb pierced his chest while he was filming at the Great Barrier Reef.