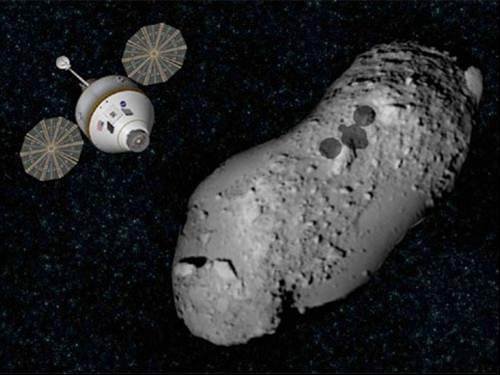 In this so-called "flexible path" option, NASA astronauts would visit an asteroid (illustrated here), orbit Mars, and land on the moon. Three versions differ only in the launch vehicle used to leave low-Earth orbit. This option gets the highest score. It also requires a $3 billion budget boost and would use commercial vehicles to access the ISS, which would be extended to 2020.

For: science (2) – visiting both the moon and asteroids allows for more scientific discovery than any other option

Against: safety (-2) – astronauts must carry out moon landings and long-distance missions to asteroids, both risky activities

Overall score: 7 to 9 depending on variant