4 Return to the moon but no further for now 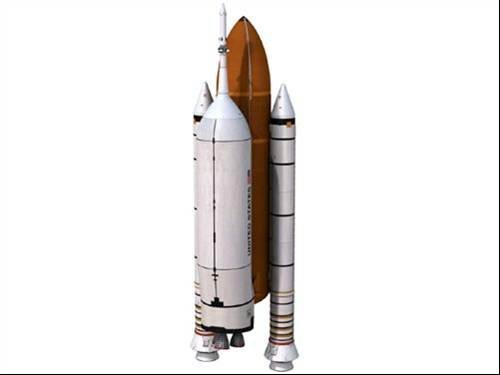 4 Return to the moon but no further for now

This option also requires an extra $3 billion. One version of it would delay retiring the space shuttle and use a close derivative of it, seen here, for trips to the moon. The other version would get there with a variant of the Ares V rocket. Both versions would use commercial vehicles to access the ISS, which would be extended to 2020.

For: US skills retention (0) – one version of this option delays space shuttle retirement to 2015, which helps retain workers with key skills

Against: public engagement (0) – the committee believes returning to the moon will excite the public less than going to new destinations, as in option 5

Overall score: 4 or 5, depending on variant