The next manned space mission from NASA 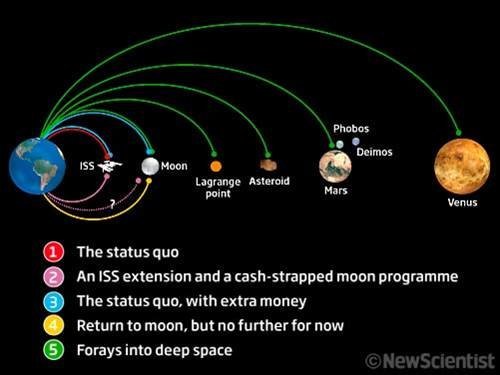 The next manned space mission from NASA

This is a big month for NASA. The Augustine committee, appointed by the White House to review NASA's human space flight programme, is set to release its final report on Thursday.

The panel has created a menu of five plans for the space agency. It has given each 12 scores in various categories (PDF), including science benefits, safety, benefit to the US workforce and schedule.

The committee says it will not assign single overall scores to the options in its final report, so New Scientist has ranked the five plans by adding up the category scores that have been read out by the committee in public meetings. These scores are on a scale of -2 to 2.

So in ascending order, here are the results – and the main pros and cons.