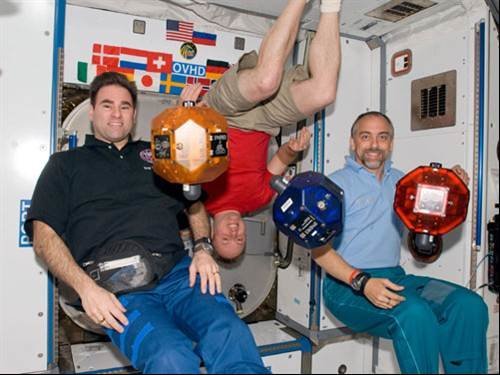 These mini-satellites are football-sized devices that are part of a project called Synchronized Position Hold Engage Re-Orient Experimental Satellites (SPHERES).

This trio has been used to test control programmes that allow satellites to fly in formation with minimal human intervention. Individual space satellites could be co-ordinated to make powerful telescopes.

Better control procedures could also enable spacecraft to dock autonomously, an ability that could be useful for assembling objects in orbit.