Effects of vacuum and solar radiation on animals in space 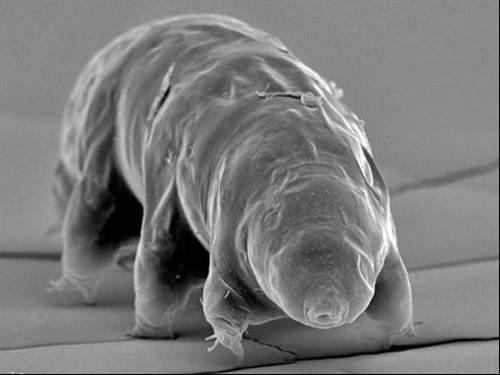 Effects of vacuum and solar radiation on animals in space

The absence of gravity isn't the only environmental factor that changes when animals fly in space. They must also withstand heavier doses of solar and cosmic radiation. Lichen and bacteria have been able to survive exposure to the combination of the airless vacuum and intense radiation of space.

But so far only one animal – a microscopic invertebrate known as a "water bear", or tardigrade, has done the same. During a European rocket experiment in 2007, some tardigrades were exposed to both the sun's intense ultraviolet radiation and the vacuum of space, while others were shielded from radiation and only exposed to the vacuum.

Only a handful exposed to radiation could be revived, but many survived the vacuum alone.