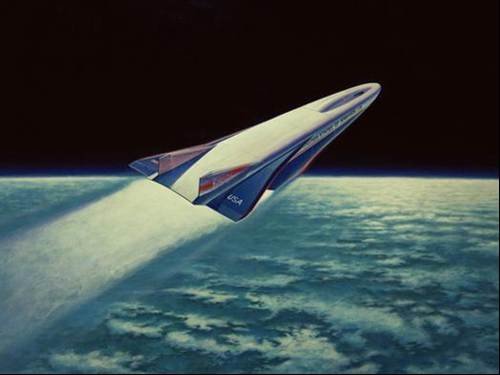 A very ambitious project, meant to use advanced air-breathing engines to take off from a runway and fly directly into orbit (or fly long distances within the atmosphere at extremely high speed). It was eventually cancelled due to persistent technical problems and skyrocketing cost estimates. There was no replacement, although some of the technology work was continued by small research programmes, including the X-43, a hypersonic aircraft project that smashed the world record for aircraft speed in 2004 when an air-breathing plane flew briefly at nearly 10 times the speed of sound. (Illustration: NASA-LaRC)